Open-source enthusiast, a firm believer that the future belongs to polyglot and functional programming

Alright team, the current government - you know, the Galatic Empire - has made us responsible for their new project, a space station called “Death Star” (what a tacky name). Basically, they want a station literally the size of a moon. If you ask me, Governor Tarkin is trying to show some service.

Anyways. They know we are the best in the galaxy when it comes to organize working streams through our futuristic ZIO Stream technology - and they are right. Let’s have a look at the requirements.

Have I mentioned that, besides been the size of a moon, it has to be shaped like one? That’s the first requirement. Other than that, everything else is pretty much standard, with an exception. The space station requires:

At the very end, the Empire will have someone here to inspect and approve the project. Here is our end goal:

Tarkin wants to keep the project in secret (sure - imagine what the taxpayer would say if they knew how their taxes are being used), so we should use a diferent name while it’s being built. Let’s call it UnfinishedSpaceStation:

Seems appropriate. Defining how to install/deploy every component is the easy part, the challenge will be to managed and align all the providers of every component.

The Empire is aware of the unknows, expecting it can take some time and possibly, unexpected random problems. So we should make it part of our contract:

Every one of our streams will be a ZStream that depends on time via Clock, can fail, represented by Throwable, and produce an UnfinishedSpaceStation. DStream is just a shortcut, which makes it easier to comunicate our needs among our providers, so we will use it initially.

Time to turn on the holoprojector and start some conversations. First things first, we don’t have an unfinished station without a body.

Am I the only one surprised that they already had a production line of “moon shaped stations”? Maybe these days they are more popular than I imagined. Obviously it can take some time to build such a big structure, but at least we don’t need any customization from this shop.

Towing a moon around is not the easiest task, so adding the PropulsionEngine is the next logical step.

Looking at the engines, the options are:

We will order a HyperDriveEngine. Never heard of this InfiniteImprobabilityDrive, it seems like something from another universe. This shop is very efficient, we can order a PropulsionEngine and they start producing it:

This time we need to define a workflow. PropulsionEngineShop will receive a DStream, so they need to align their stream of engines with our stream of unfinished stations, install the engine, and return another DStream. It can be done using zip and map:

ZStream#zip - Zips this stream together with the specified stream

Such a big station is an easy target, so let’s add the primary defense of any space station: a force shield.

According to the shop, force shields are delivered in shipments:

They asked for help to define a work flow where they can transform their stream of shipments into a stream of shields, so they could install them to us. mapConcat is the solution here:

ZStream#mapConcat - Maps each element to an iterable, and flattens the iterables into the output of this stream

The requirement comes from our side this time: we need a large amount of tie fighters deployed at once. Let’s tell the shop to group our fleet with grouped before deploying it:

Their answer was: “Like shooting rancors in a cage!”

Now we have to deal with the project’s proper unknown.

We probably share the same opinion about the person who came up with this requirement: 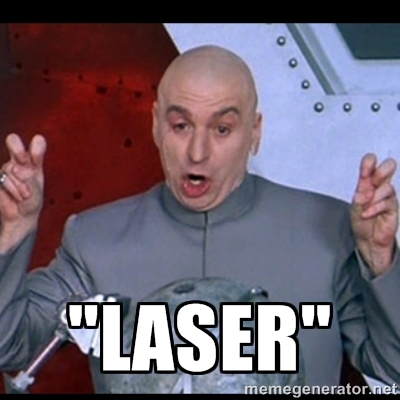 Besides, this shop seems very suspicious. Apparently, SuperLasers are highly regulated, so the shop has “a guy” who can take anything between 5 to 15 seconds to “make it happen”.

The uncertainty means we can’t use DStream from this point on, we should make the Random factor explicit:

I have a bad feeling about this… but sometimes we must let go of our pride and do what is requested of us.

It’s not up to us to say the project is complete, so there’s one last step in the workflow.

Every station has to be inspected by the auditor. When it’s approved, a new DeathStar can be created, otherwise one can receive a StationRejected. Essentially, he will filter and transform the stream.

ZStream#collect - Performs a filter and map in a single step

All plans we need are in place, time to do it. As someone once said: “Do. Or do not. There is no try”.

So far, we have described workflows. Now we will build the Death Star. With all the descriptions in place, we just need to thread them, take the amount of DeathStars ordered and materialize it. ZStream gives us everything we need to achieve that:

ZStream#via - Threads the stream through the transformation function f

ZStream#take - Takes the specified number of elements from this stream

Have a look at the repository with the full example.

To learn more about ZIO Streams, I recommend this video, recorded a long time ago, in a galaxy far far away:

The chief engineer responsible for the project, a human called Galen Erso, installed a thermal exhaust port, in order to dissipate the excess heat produced by the Hyper Drive Engine. Despite the fact it is not necessary, it seems like no one in the Empire noticed there’s now a hole in the space station, that leads directly to the reactor system.

Not that it is an actual problem, I mean, who would think about attacking a giant space station equipped with a super laser?

You May Also Enjoy

The best tool is often the simplest, isn’t it? Still, doesn’t matter how experienced one can be, once in a while passion overcomes logic.

Discussing with a brazilian friend about the situation in our country, we realised how difficult it is to find information about public spending, and when available, how difficult it can be to reason about it. Joining our forces, we decided...

Shapeless: a real world use case

Shapeless is a library for generic programming in Scala, largely present in the ecosystem, but mostly behind the scenes; it is likely shapeless powers some of the libraries in your project, even though you don’t use it directly.

Since version 1.4.200, H2 supports INSERT ... ON CONFLICT DO NOTHING in PostgreSQL Compatibility Mode. Thanks to b-gyula, Quill now supports this feature as well.